skip to main | skip to sidebar

Do to work, school, life, we've been too busy.

But trust me, new songs are written, demos are still in the process of being thought about being printed...if that makes sense.

We will be playing shows very very soon.

Until then, listen to the songs, read the lyrics, turn the volume up to 11.

This is your warning.
Posted by Adrian at 10:51 PM No comments:

The demo will be put together shortly. Considering that we all are facing the blow of our economy being in the shithole (with no end in sight) we're looking at ways of trying to put this together for free. The finished product will be posted when we have it. Expect it a picture of it in a week. I do not want this demo to be downloadable before we release it in hard copy. These days bands start up, record a demo, post it on messageboards for download and that's that. We don't want to do that. Those who like or care enough about our music will come see us live and receive a demo. Those that don't care enough won't listen to us until we put the demo up...thems the breaks. Maybe if you're lucky you'll get a demo in your order at HELLFISH clothing.

Other news: We recorded this demo as a two piece, and now we have a full band. Shows will happen in the near future, after a few practices of course. Writing for another release has begun and will continue until our hands and your ears bleed.

To answer the infamous question: "Why the band name "Children Of God"?"

Take that answer, or take the answer where we say the two founding members are greatly influenced by Swans and love their album. Take the former though. 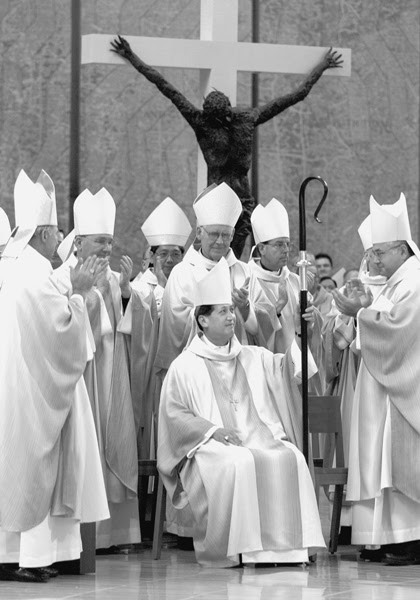 Posted by Adrian at 5:42 PM No comments:

The children have spoken.

So you wanted "something more"? Well here's your fucking war. Nothing comes from your something, and if I had the chance to tell you "we're going no where" I would have said it long ago. We look into those masses, only to find those blank faces; they make up your army. They'll buy what you're selling. They'll take what you're giving. This is your funeral, this is your "something more" with a 21 gun solute. I'm not aiming the next time that I pull that fucking trigger. Every ones guilty in my eyes. I'm just waiting for the day that this music fucking dies. So when you see your dreams lying at your feet, remember these words: fucking nowhere, it's where we're going. Fucking nowhere, it's where we are...

This is what they meant when they said that "the war is fucking over and there's nothing left of the man that I used to be", and these rooms that hold the truth are now they very rooms that holds the ruins of every kid that thought like me. Hand over mouth, tongue in cheek. Let's see this situation reach its fucking peak. Fuck your revelations. Fuck your reasons. I can see right through your revolution.

Here's another tale you can tell the kids after I'm gone. This is for those fortunate ones, this is for those fortunate sons. This is for the ones that never saw it coming. 20 years of descent come down to this. Choking my veins for the means of survival. These pills, this cancer, prove the human condition. You better hope you made that right choice by walking through that door. These days regret won't extinguish your guilt. Let its arms embrace you. Your well-wishers won't be here to see you through. Let's see those arms swell up. Let's see those scars align. Just smile as you watch your true loves pass you by. Leave your dreams behind. So here's to our best wishes that find themselves in the earth. Here's to our dreams covered in dirt under those fall leaves that fell harder than your crashing skies, leaving your true loves under the ground. I've lost faith in healing, I've lost faith in faith. Here's to your recovery. Here's to the years passing by. This is final. I am fatal. This is fatal. I am final.

Posted by Adrian at 6:10 PM No comments:

This is noise, this is art, this is ugly, this is beauty.